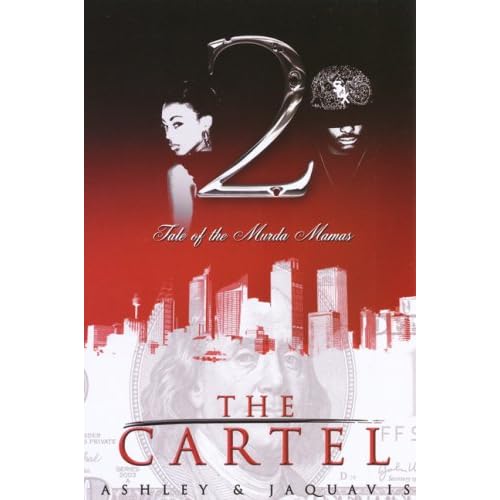 So……this isn’t the type of book I would normally choose but when I was in a book club the majority had chosen to read the first book in this series (but book clubs are about reading books you usually wouldn’t choose, right?). I am going to give you a quick breakdown of The Cartel:

The Cartel is based around the Diamond Family. The patriarch of the Diamond family, Carter, is up for drug trafficking and lot of other illegal things. Already having paid off the judge and jury, Carter knew he was a free man. He wasn’t free for long as he was shot in the head by a Haitian, his rival. Next, we find out he has an illegitimate son, Carter (yep, his name is Carter too). Carter (Jr.) comes to Miami to take over his father’s “business” along with his half-twin brothers, Mecca and Money (oh, and they have a sister named Breeze). We also learn about another group named Murder Mamas;  a bunch of girls that will kill anyone…..as long as the price is right. The main lady in the group is Miamor. She and Carter begin a tryst without knowing that her “gang” was paid to take care of the Diamond Family. Let’s wrap this up: too many main characters were killed off, a lot of stuff seemed to be taken from movies, lots’ of stereotypes, and they named every well known fashion designer in their book. Oh, everyone drove all the latest whips.

In the second book, we learn the origin of the Murder Mamas and how they came to be. That is pretty much the only good part of the book. The rest of the book just, well…..it pisses you the hell off! But I guess the writers are smart; it makes you want to read the last book and get some real answers!

If you plan to read the books, go ahead and skip the second one. Just read books 1 and 3.