Before I started this series, I knew they were loosely based on LC?s own experience. Every time something scandalous happened or behind the scenes information was revealed, I couldn?t help but think which parts were true.

LA Candy
Scarlett and Jane are best friends who?ve decided to move to LA. Scarlett is a tall, dark, and gorgeous brainchild who tends to stay away from relationships and sticks to one night stands. She is attending UCLA. Jane (aka Lauren) has an internship with one of the hottest event planners in LA. Scarlett tends to be more skeptic of the Hollywood Scene while Jane is more than willing to get sucked into it (possibly a Heidi trait?) and mix up her so called “boring life.”

One night while the girls were out at a club, they were approached by a producer who was down on his luck and needed a hit to get back into the “In Crowd” and was told about a concept for a new reality show.  Two other girls are casted as well, Madison and Gaby. Madison is your typical spoiled rich girl that has a very conniving side as she sees herself as the star of the show (although the producers already have Jane in mind as the star….just like LC). Gaby plays the role as the “dumb one” a la Jessica Simpson on The Newlyweds.

Throughout the first book you see how certain characters change and embrace the spotlight while others become fed up with it. Very similar to The Hills, you see how the producers try to force story lines onto the girls. One of the girls even wonders why there is a director on set for a “reality show.”

The first book was very slow with it’s start but it was interesting to read about how things happened behind the scences (getting miked, how you have to wait for the cameras to set up before you can enter or exit a room, how you may have to say something over again…).


This book was a little more exciting to read as there is more (created) drama. You have the girl who is changing without realizing it, one that is trying to steal the spotlight by any means necessary, one that is rebelling against the camera, and one that will play it up for the camera if asked.

Of course there is a riff between Scarlett and Jane (Lauren and Heidi),  Crazy, alcoholic boyfriends with a major jealousy streak (Hello Jason from Season 1!), forbidden love, and the truth is revealed about one of the girls.

I haven’t read the third book yet but as I was a huge fan of The Hills (Except for the last season with Kristin Cavallari. Sorry sweetie, you are no LC) and these types of books are usually obvious, I have a good idea of what may happen. But, we’ll see if I am proven wrong. 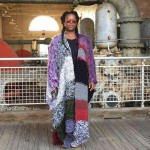 Find me on: Web

You may also enjoy: