Since the birth our second son, I’ve been trying to find an activity to do solely with my oldest just to have some “us time.”

When I was given the opportunity to see an early showing of Story Squad at Harbison Theatre at Midlands Tech, I knew this would be the perfect outing for me and my little man.

A little back story:
Harbison Theatre was founded in 2010 and quickly has become a hot destination for top traveling shows of all genres. Season performances in the Signature Series and Family Series range from internationally acclaimed touring acts to the stars of our local cultural scene. (Source) 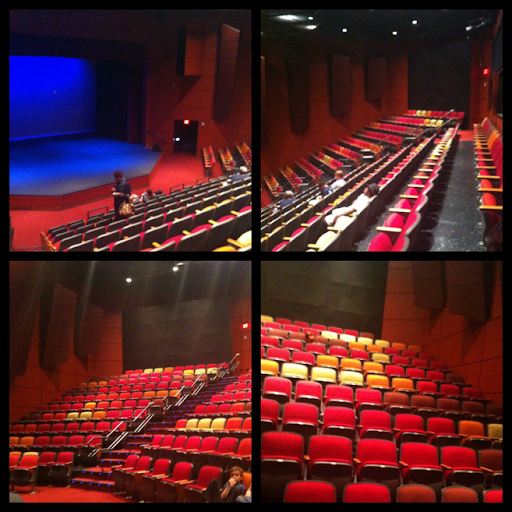 The Director is Katie Fox. Who, by the way, also runs Columbia Roadshow which is how I met Katie and while doing the Roadshow I found out I was pregnant with my first son. Mufasa was right; we are all connected in the Circle of Life.

I’m glad the Harbison Theatre is doing a Family Series (This is part one of a three part series) because like other parents, my husband and I want our children to grow up being well rounded and seeing shows/plays/musicals/etc. will be a part of their upbringing and a lot of times shows are too “stuffy” for the little ones.

I knew it would be enjoyable for him since it’s geared towards children 10 and under (but still enticing enough to keep an adult’s attention) which means it would have lots of music, dancing, and clapping (by the performers and the audience).

I appreciated the simplicity of the show and stage. Instead of it being overbearing with tons of props which would have launched plenty of questions by my son (What’s that? What’s that do? Can I play with it?), he was able to focus on the performers and the stories they told. 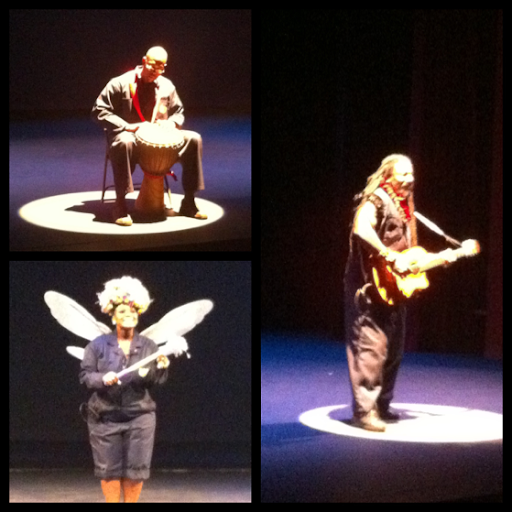 Although he may not have been able to understand all of the words or comprehend the message (due to his age), he still felt the emotions of the performers as he continued to gasp with fear and excitement during one particular scene.

Already a happy mommy and smiling from ear to ear, toasting with my imaginary champagne flute to a successful outing, the night was made even more memorable when my son was able to get on stage and dance along with The Story Squad. All in all, it was the best Date Night/First Show Experience with my son.

I was able to have a bit of fun myself as we were treated to a backstage tour by Katie. 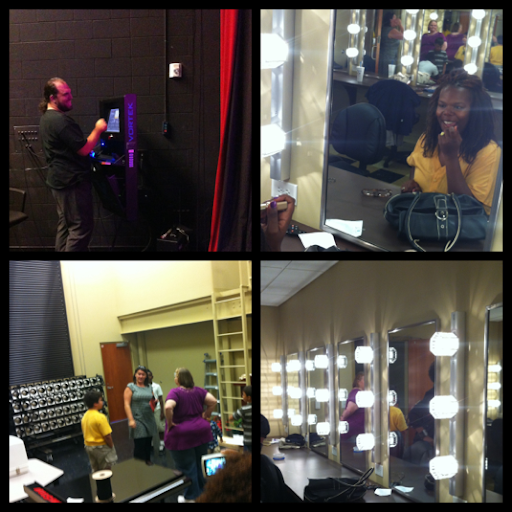 Story Squad opens Saturday, September 22nd, at 2:00 PM.
Purchase tickets here.
To stay updated with all of the happenings at the Harbison Theatre, be sure to follow them on Twitter and “Like” them on Facebook.