Last week I went to 701 Whaley for Columbia’s Open Studio Preview Party. While there,  I was able to see their latest exhibit,  Cash Crop by Stephen Hayes.
From 701’s site:
At the core of Cash Crop are 15 life-size sculptures of shackled people placed in boat- or coffin-like structures, with diagrams of captive, warehoused humans in Trans-Atlantic slave ships carved in wood on the back. The sculptures represent, Hayes says, “the 15 million human beings kidnapped and transported by sea during the Trans-Atlantic slave trade.” Through these works and others in the exhibition, Durham, N.C., native Hayes invites the viewer into an emotional, physical and psychological space to confront past, present and future.
Pictures do it no justice.  You have to see it in person to really appreciate it. It definitely brings out the emotions which is what art should do. When I saw the casting of the children I about lost it (It’s the mom in me. Sometimes it unexpectedly pops up.). 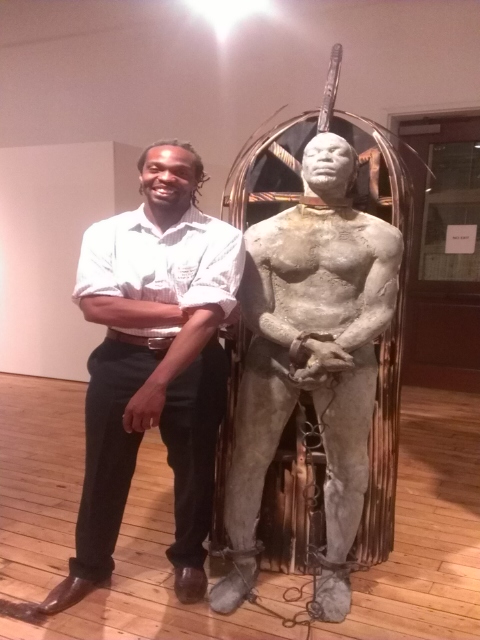 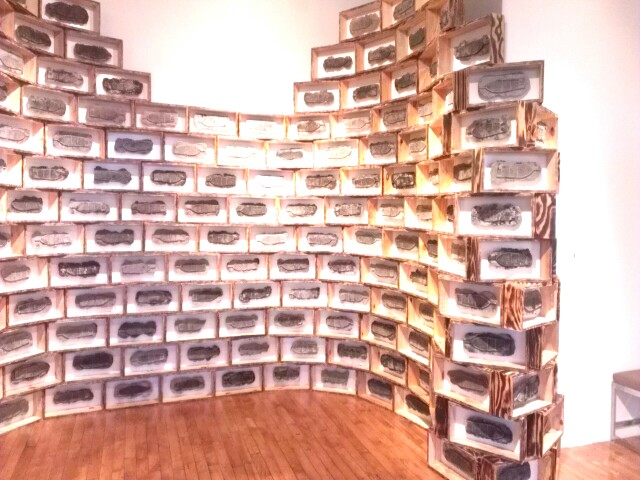 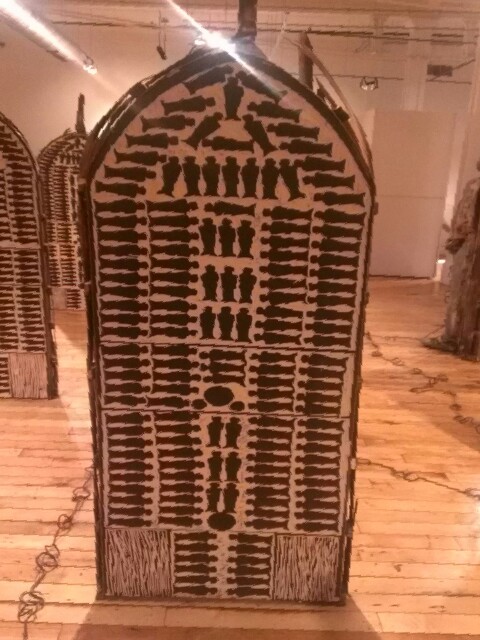 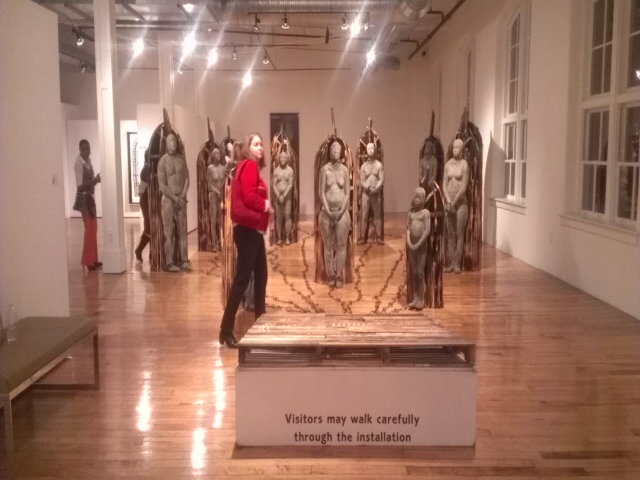 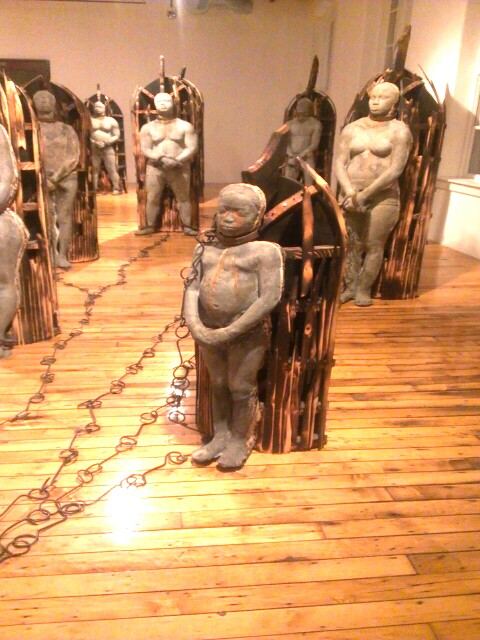 Towards the end of the night I was able to speak to the artist. He told me while working on the exhibit he put hmself into a “sweatshop worker” mentality working all day with very little breaks. He said it tool one day to complete one casting.

I asked him if he knew how to knit. He doesn’t. But he does crochet! This started a fun back and forth banter of us showing off our crochet skills. I even showed him a few things I learned in my Introduction to Clay class. He invited me and a friend to check out his studio and there the banter ended. He won. 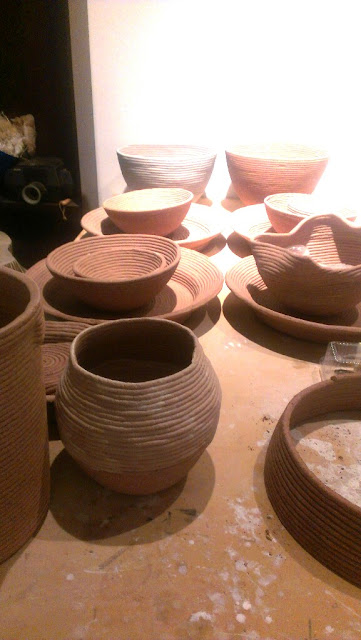 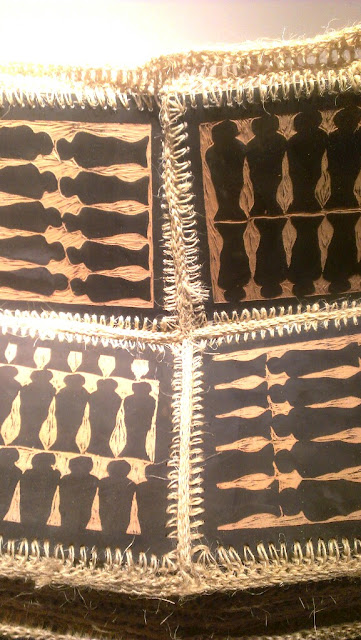 Another piece he’s working on. Incorporating crochet into it and using twine as the yarn. 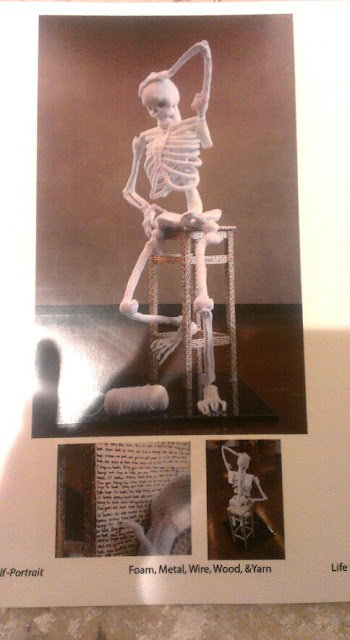 I didn’t get a pictures of it but he also crocheted a large flower. Seeing what he’s done makes me want to step up my skills and creativity.

This is the last week for the exhibit but tomorrow they are having a body casting class.

While Everyone Is Talking About Ikea Furniture…..