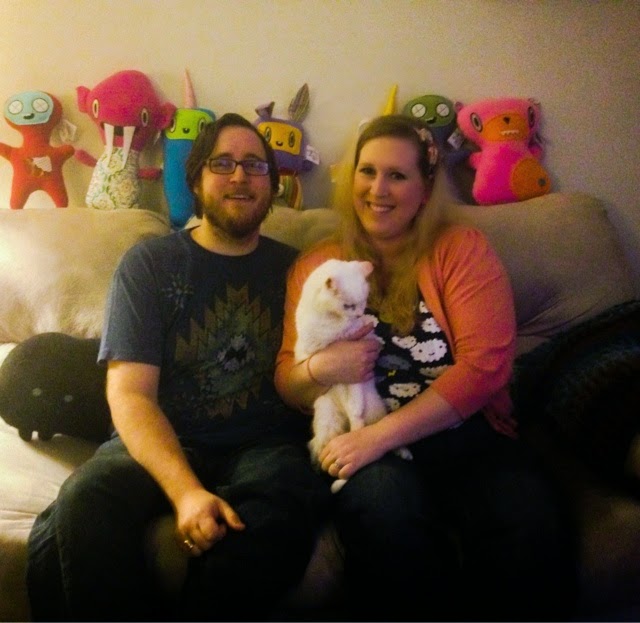 It was a joy hanging out with Jellykoe, (Columbia own’s independent toy company). As soon as you enter their space, you are greeted by Wonky Dolls and surrounded with colorful art and an expansive personal toy collection. By the end of our conversation I was ready to head to the nearest store and browse the toy section (which Joe still loves to do). We grow up too quick. 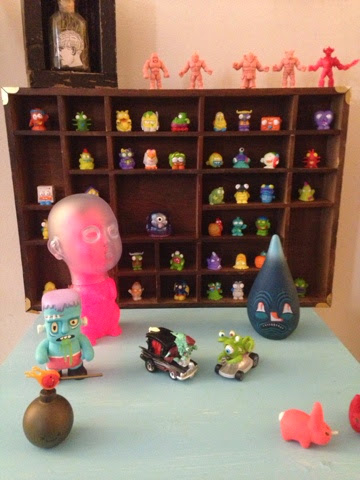 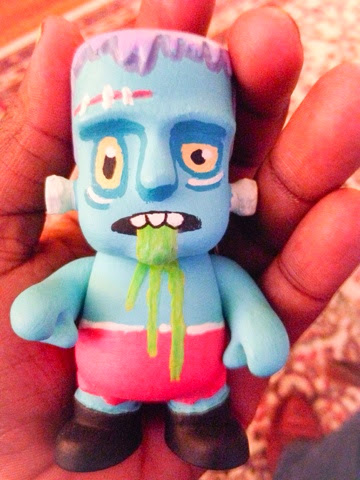 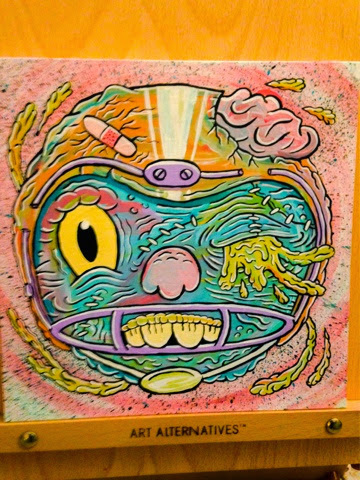 They started in 2009 when Kelly made some stuffed animals for Joe’s nieces.
Joe encouraged Kelly to make more but to have a niche. Instead of just making stuffed animals for children they decided to create characters and market them towards toy collectors. Wonky Dolls were created. Each Wonky Doll has a backstory, specific features, and this creates a personal connection with the collector. Jellykoe now has a loyal fan base whom have collected each character from each series and special editions (which usually come out during holidays). 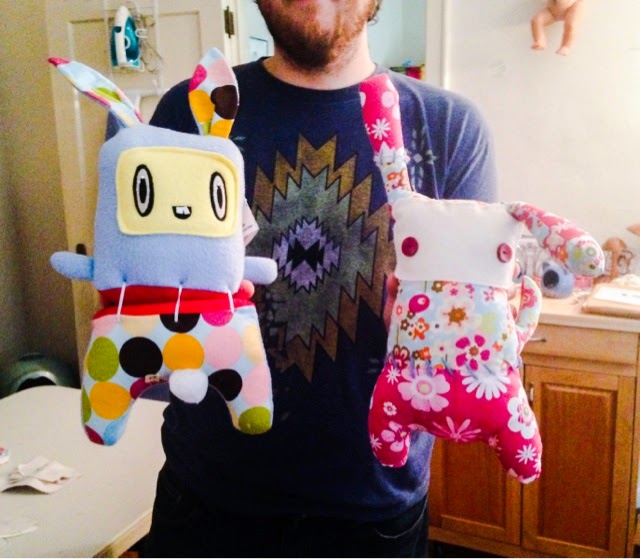 This is Split Hare (First Series on the right, Second series on the left). With each series they make character changes. Split Hare is now more colorful, has embroided eyes and is literally split. Their is no gender specification with the Wonky Dolls. 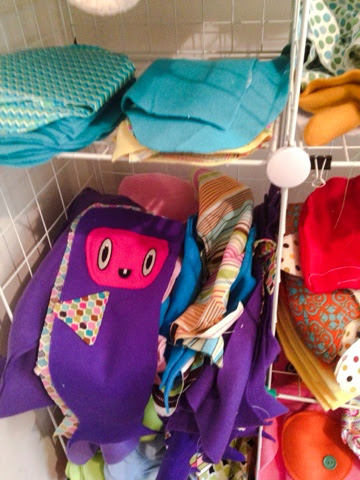 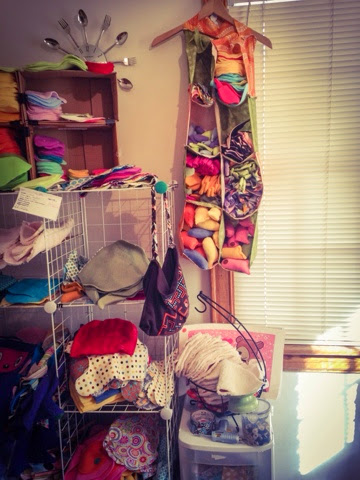 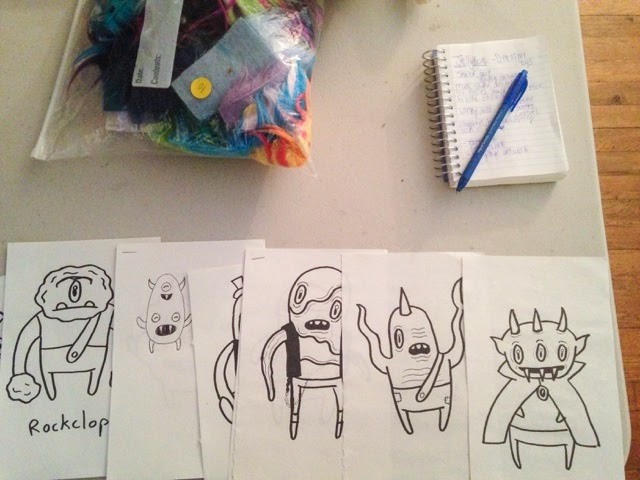 Joe started bringing along his artwork to the craft shows. He describes his work as “pop surrealism low brow art” which tends to be happy (feeling). He uses the “spoon full of sugar” approach. Make the artwork bright and happy and the art looks more harmless. His works of art have been submitted and accepted into several art exhibits over the country as well as overseas. He’s even gained a fan on a more “permanent” base. Yes, I’m talking tattoos. 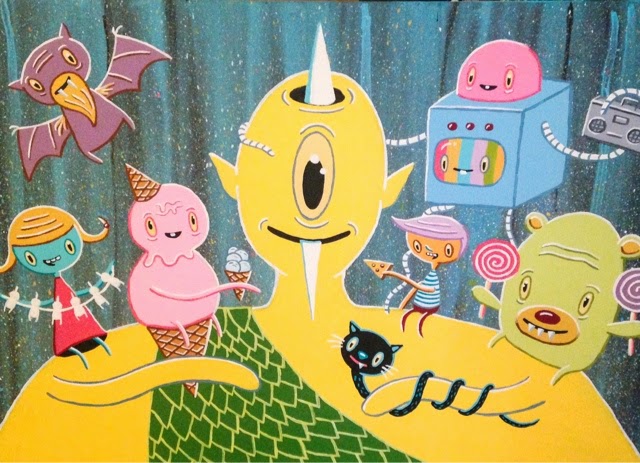 Joe is always sketching out new characters and ideas (if he doesn’t do it right away, he loses the idea). He worries about the day the well will run dry. I highly doubt it.

Another skill Jellykoe has inherited over the years is manuevering craft shows. Their first show was a small craft show in Myrtle Beach Kelly’s mother told her about. Now, they average 44 shows a year. To some this may seem daunting but when you are able to make a living doing what you love plus allowing you to see the country, it’s all fun.
I asked them what they would suggest to someone getting into the craft shows and their biggest tip was to get a strong network. Help other artists, pay it forward, create a strong community, ask questions, talk money.  Yes, it seems taboo to talk money but you have to remember this is a business. Money has to be made.
What’s next for Jellykoe? They have a new series coming out April 3rd. Here’s a little peek: 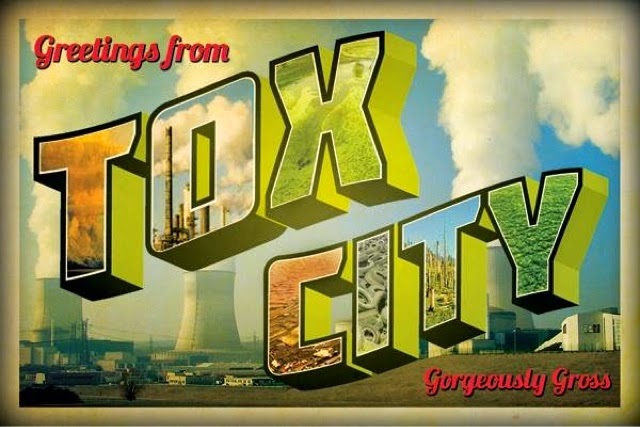 Later future? Distribution, a bigger studio, getting their work into more shops and bigger chains, comics…the well runs deep.
To see more of the Wonky Dolls, artwork as well as other fun apparel
and characters (can we say “Debbles?”) Go to their site www.jellykoe.com.

Handmade in SC: No One Alike