I don?t think I have ever mentioned it on here but both my parents are from Panama and one thing I learned early in life is they take serious pride in where they come from. Matter of fact, any Panamanian I?ve met has serious pride in their country. Seeing the driveway of our house filled with cars donning Panamanian memorabilia during a barbeque is not unfamiliar sight to me
As I was scrolling through the PopSugar App on my phone I was stopped dead in my tracks when I saw a new hotel, Tantalo Hotel, has just opened in Panama (about a month ago) and is getting major recognition. 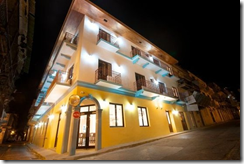 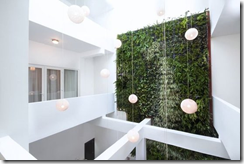 Love the wooden spool being used as a table. 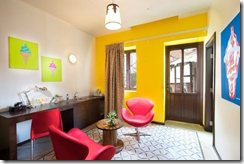 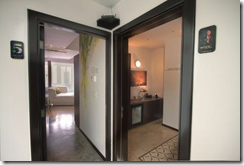 This room is much more calmer (color-wise) compared to the others.

Artwork extends up to the ceiling.

Not a huge fan of modern style bathrooms but if staying here I?ll make an exception. ( I spy a black door!) 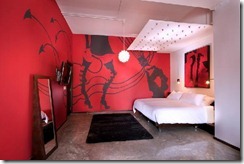 You can never go wrong with a rooftop bar. 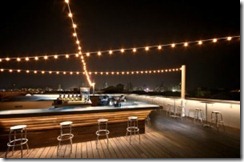 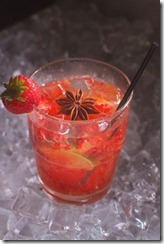 Images via PopSugar and Tantalo Hotel

Favorite Things: All About Food!